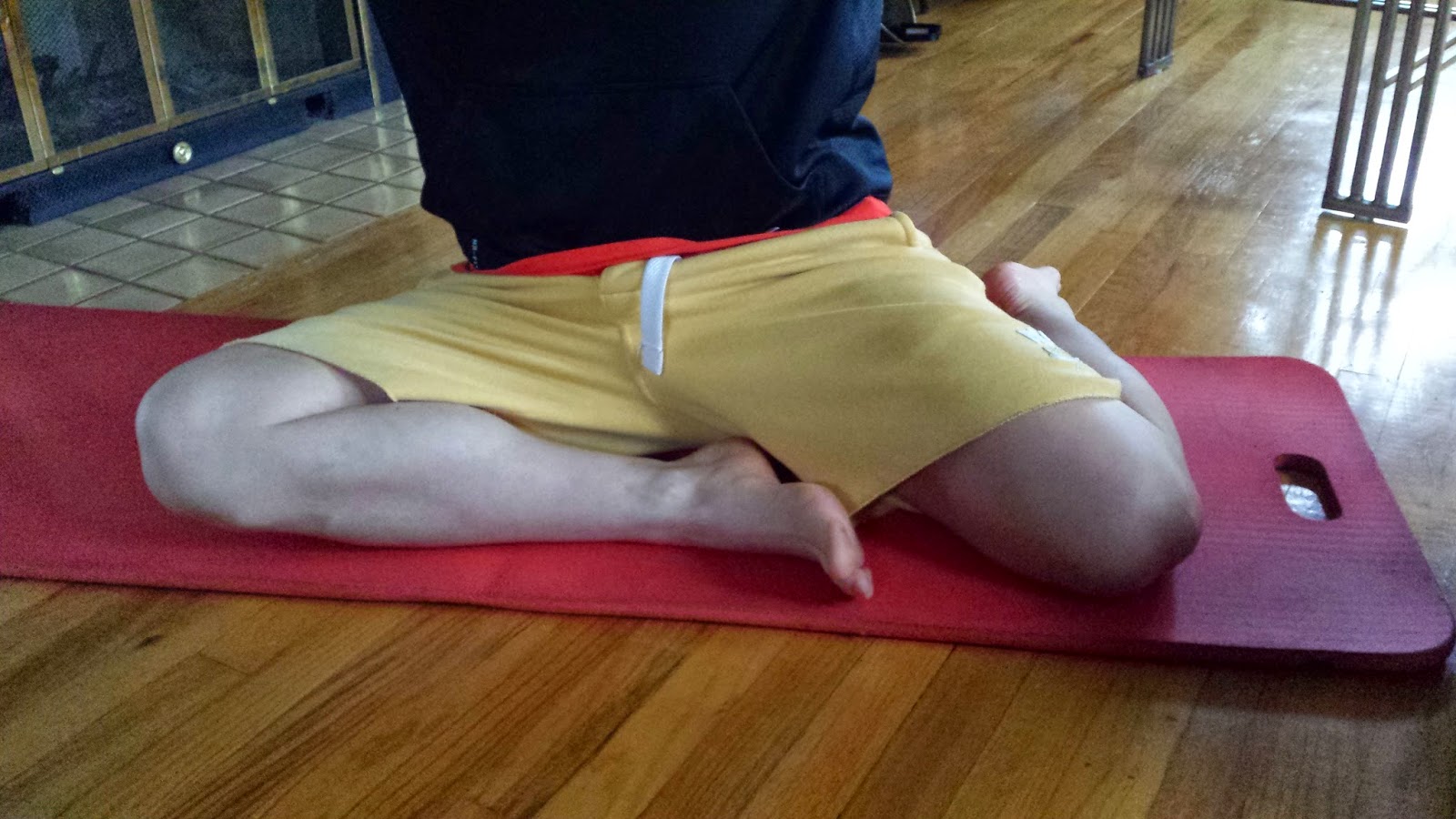 What makes is to great is that the front leg is flexed and externally rotated, while the back is internally rotated and more extended.  We’re asking our hips to do two different things as the same time.

photo credit: deansomerset.com
We can challenge our ability to maintain this position by flexing, laterally bending, and rotating our torso.

For those lacking the mobility to get into the 90/90 position, I’ve found this 90/45 works pretty well: 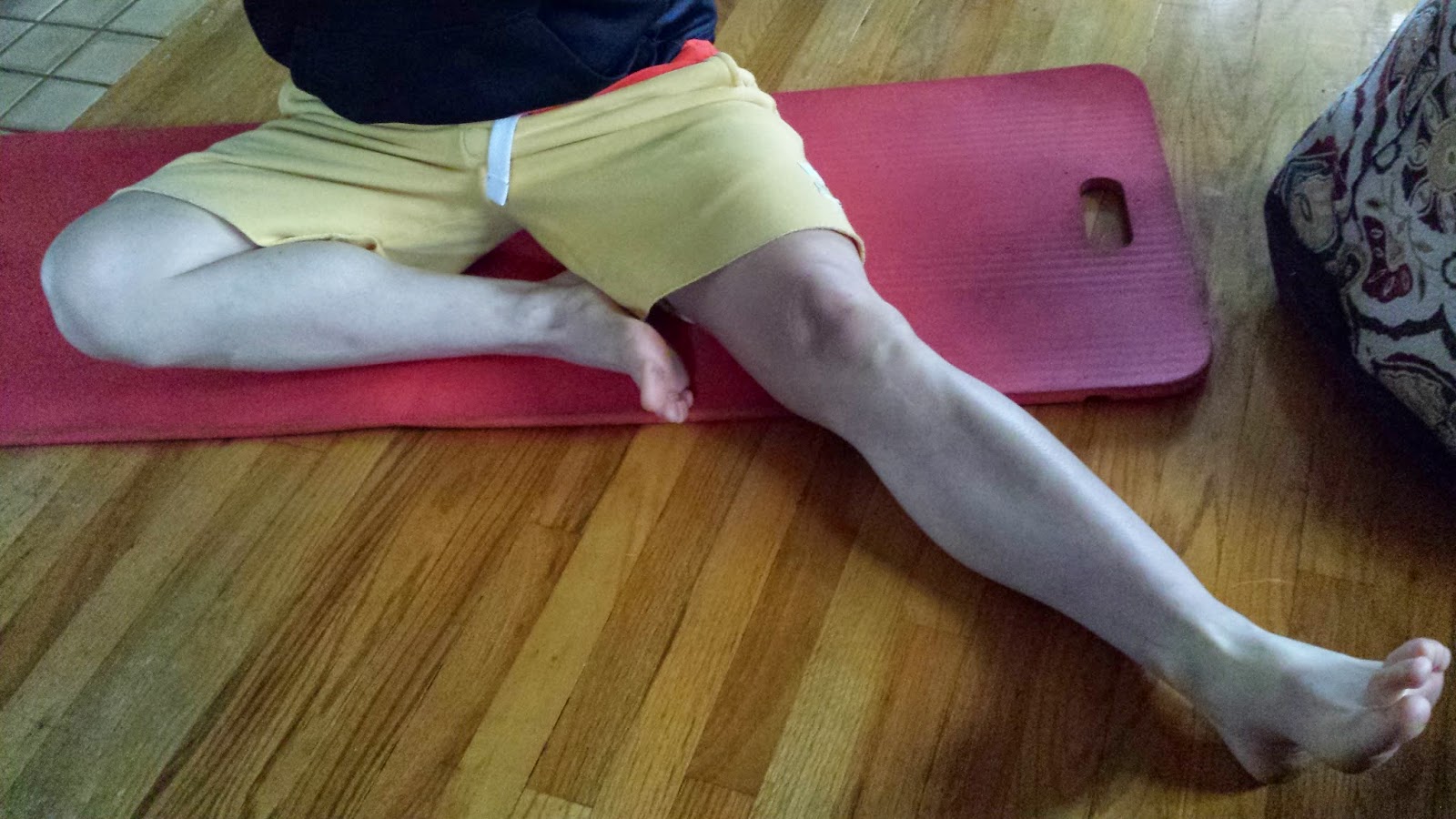 Same reaches and rotation, just one twist in the band instead of two. 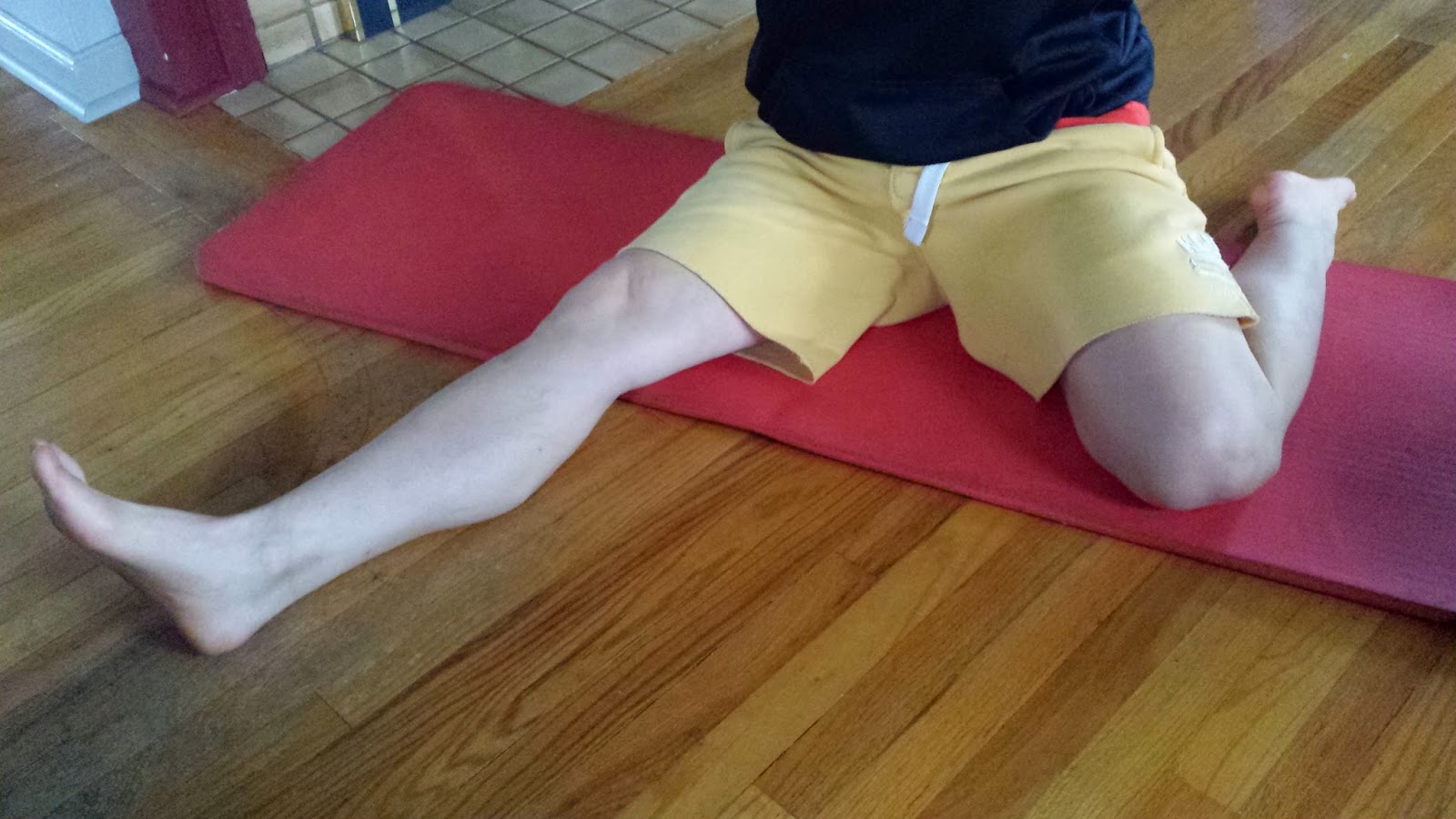 Steer clear of this version unless you’re a masochist.

If you can’t get into the 90/90, you’re far from alone.  If you can get yourself there but have difficulties reaching and bending, you’re likely using the muscles of your torso to keep you there.
The best mobilizer I’ve found to open up the hip rotators is the adductor to can opener combo:
Keep the stationary knee put and reach around actively with the moving foot.  Shift your weight to the heel (bring toes up) as you press back into the adductor, and try to drive the butt to the ground with the can opener.  Press down with the back ball of foot and prevent the moving knee from bending.
There’s something about the pelvic control, grounding of your feet, and the continuity of one into the other (core pendulum theory?) that really allows the joint to open up.
If the adductor-canopener combo is too intense, try some of these more passively stable stretches and mobilizers.  Any way you cut it, hip rotation has a huge effect on squatting and hinging abilites.
If you want to really go for it, try these progressions from Dr. Andreo Spina.  He’s one of those smart guys out there teaching.