The “shoulder” is actually composed of three bones and their joints, the scapula or shoulder blade, the humerus (upper arm), and the clavicle (collar bone). 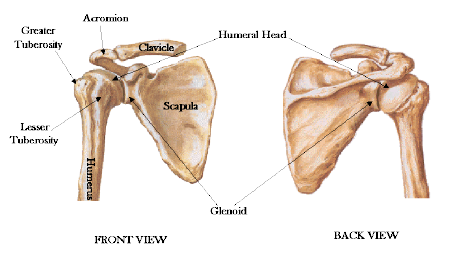 photo credit: physioworks.com.au
The scapula is a STABLE joint.
The humerus (glenohumeral joint) is MOBILE.
The clavicle (sternoclavical and acromioclavical joints, as it connects in two places) is STABLE.
They follow the joint-by-joint approach.
As the vast majority of shoulder problems stem from the scapula, this is where we’ll start.
If the thoracic spine is doing it’s job and providing most of the motion in the upper torso, the scapula should stay flat against the rib cage.  It SHOULD NOT stick out or wing. 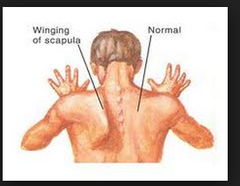 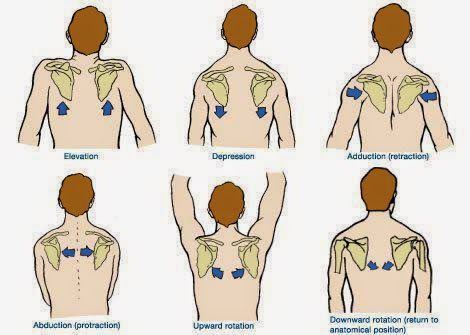 photo credit: breddydotorg.files.wordpress.com
So how do we practice this shoulder blade glide?
First, make sure you have adequate thoracic mobility.
Second, perform a Y-Raise face down, USING LATS to drive arm movement.  This is the muscle that surrounds and sits right below your armpit.  Use this guy on the way up as well as the way down.  Push from here AND pull from here.
Performing the Y-Raise
Get the scapula to sit while raising arm, 45 degrees, THUMB UP, as if your body was to make a ‘Y’.  Though we typically start progressions on your back, it’s hard to feel what the shoulder blades doing if you’re laying on them.
Eric Cressey demonstrates:
PRONE 1-ARM TRAP RAISE:

You can do this hinged back over a rack bar (bar about nipple line) if you’re not one of the lucky ones with access to a cushioned table. 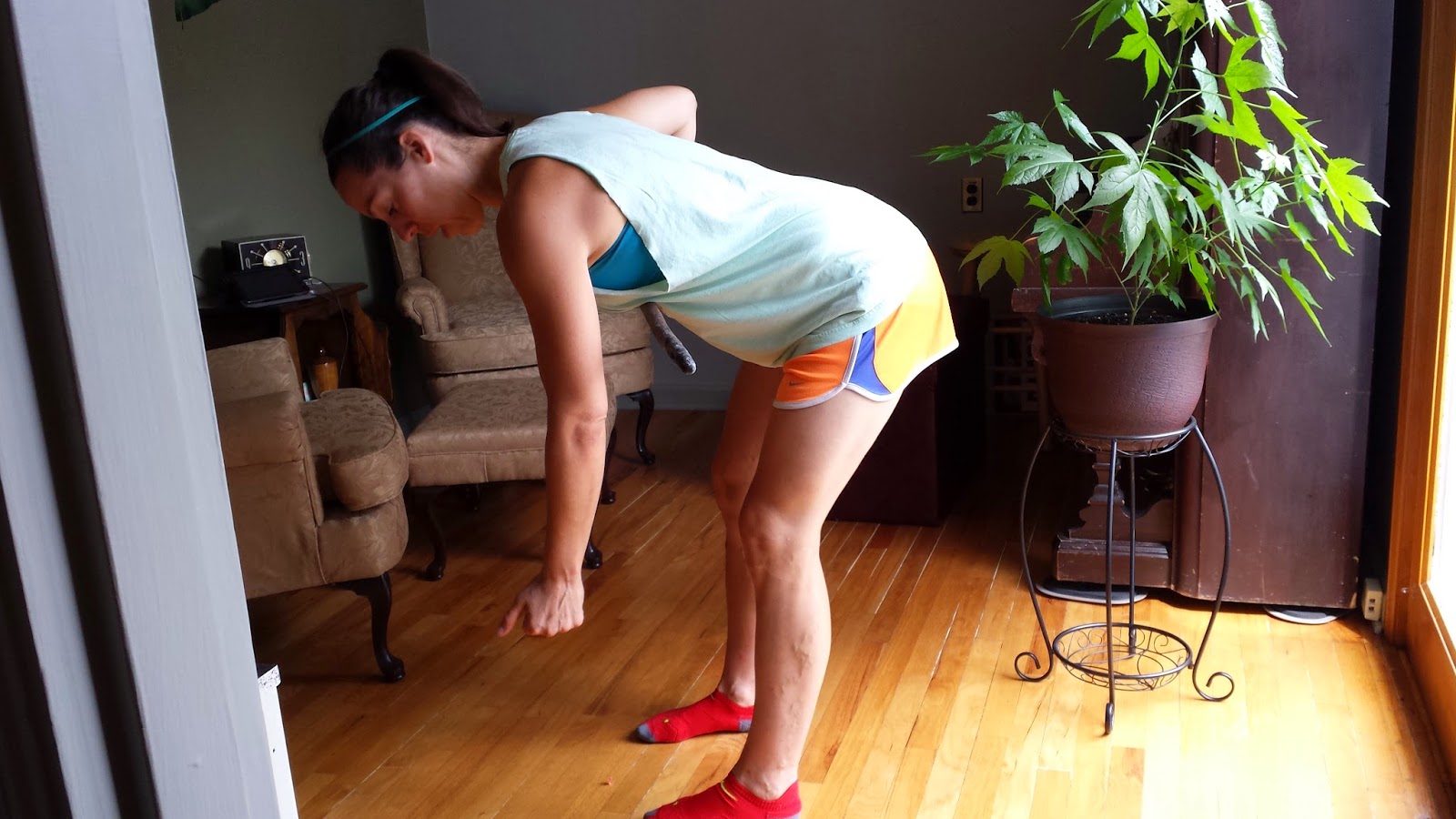 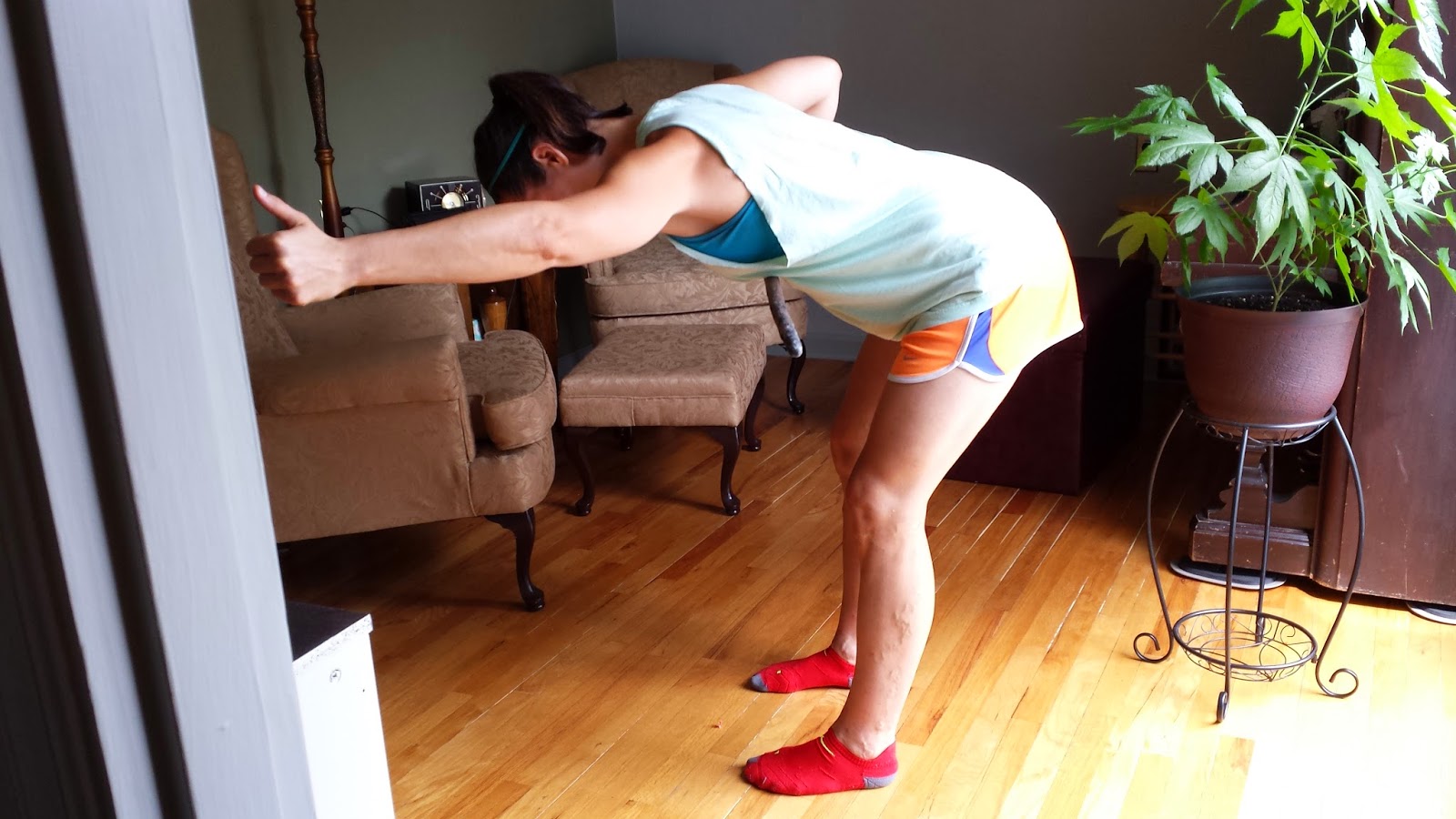 I’m holding a stick where the racked bar would be.  MAKE SURE upper body is relaxed and not holding itself up.
Only go as high as you can keep the scapula flush against the ribs, maxing out height when the
bicep hits the ear.
Third, attempt to get the same movement face down on a incline.  We are building our way to standing, baby-stepping against the pull of gravity. 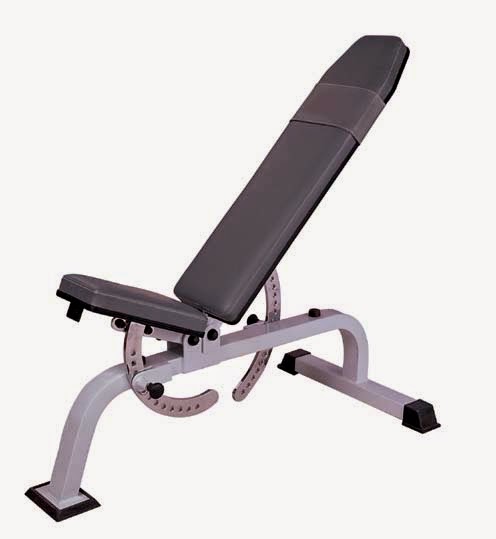 You can use both arms at the same time when performing Ys, but again, we typically want to zero in on one that’s giving us more trouble.  Awareness is the key to success, and the less things we have to monitor, the better we can focus.  Also, you can use the “good” shoulder rep to teach you what ‘right’ feels like.

Fourth, attempt wall slides standing.  Keep space between body and wall constant throughout.  Be careful not to push yourself away when sliding up or down.  This rule holds true for the head.  No forehead tips or chin protrusions.
FOREARM SLIDES AT 135 DEGREES:
Wall Ys.  Notice how the space between shoulders and ears remains constant.
WALL SLIDES W/ OVERHEAD SHRUG:
Getting more vertical and using traps to guide scapula.
FOREARM WALLSLIDES WITH BAND:
Torquing against band gets the serratus and lats to fire, giving you feedback that they are on and working. A big part of their job their job in setting the scapula so the arms can move around it.
MAKE SURE YOUR ELBOWS ARE IN LINE WITH YOUR WRISTS
Don’t let the elbows flare out and the wrists get pulled in by the band.
We do not want the letter ‘A’ to form with your forearms.
TO REVIEW: