Before getting to the mammoth post of hips (it’ll at least be a two parter), I wanted to take a step back and reveal some patterns within the body that outline joint function.

We started with the feet, which are a stable joint.  The ankles were mobile, and the knees were stable.  If you haven’t guessed, they flip flop up and down the chain. 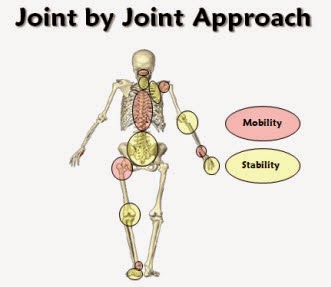 To clarify and fully wrap your head around this concept, lets use some definitions and an analogy popularized by Charlie Weingroff.

A stable joint = a joint that is designed to MAINTAIN position in the presence of change (acceleration, deceleration, angles and positioning)

A mobile joint = a joint designed to MOVE

He likens these two types of joints to a slingshot. 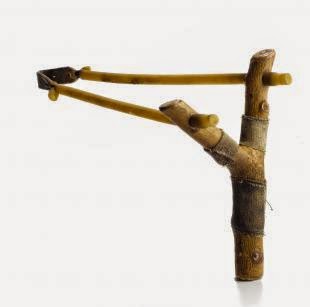 Bottom line: joints should do what they’re supposed to.  When a mobile joint gets stuck and acts more like a stabilizer, or a stable joint is forced to move, pain and/or dysfunction ensues.

Here is the important take-away from this concept:
Joints are influenced by other joints. Pain in one joint is typically caused by a defect in the joint above and/or below.
Case in point, knee pain is typically caused by stuck hips or ankles.  Because the hips or ankles lack necessary mobility, the knee (a stable joint) is forced to become excessively mobile to counteract this deficiency.
Under stress, some joints do too much while others do too little.  In understanding what joints should be doing, you can begin to adjust and adapt accordingly.