0
September 25, 2014
neck, Physical
The first thing we should consider when thinking about the neck is that it acts as it’s own mini spine.  It is most mobile at the top, and least mobile or most stable at the bottom.

There are less protrusions and more gaps toward the top, and more bony points and stackable processes, limiting movement toward the bottom.

* all pictures credited to wikipedia.com
Given our problems with posture, the neck is often tight and overused.  Poor pelvic positioning and neck/chest breathing keeps stress off our capable torsos and onto our neck and upper back.
In short, we are picked up by our neck and shoulders instead of pushed up by our feet.
Everything to the rear of the sternocleidomastoid (thick, diagonal, and most notable neck muscle) seems to cause the most trouble. Our work will focus on the splenius, levator, scalenes, and trapezius to alleviate neck pain. 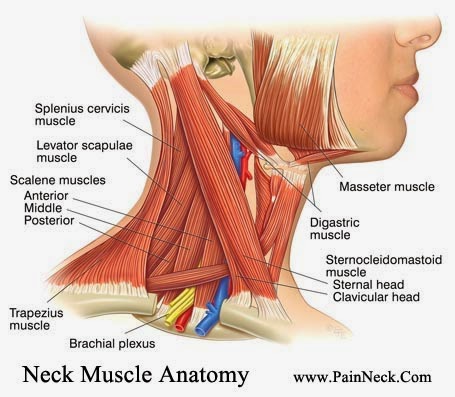 The interlocking structure of the cervical vertebrae is primarily designed for rotation.  When flexing and extending, the atlas and axis (C1 and C2) provide the vast majority of movement, while C3 – C7
stay relatively upright. 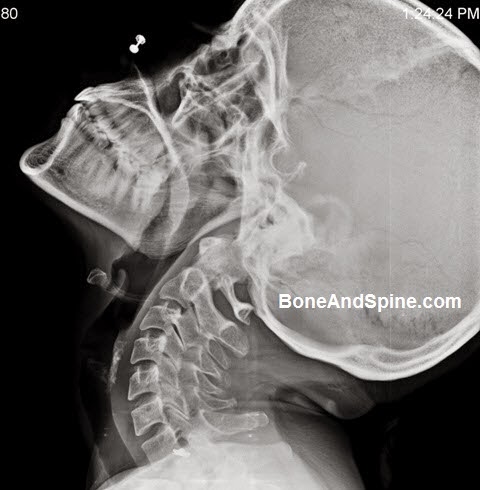 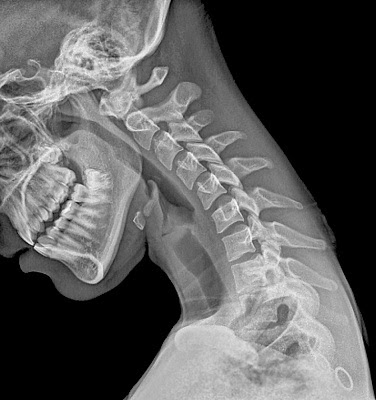 A few rules guide these patterns:

I.  There should be NO pain when doing these movements.

II.  You should be able to complete the movement little to no struggle (without excessive ‘forcing’ or               ‘cheating’, especially with shrugging the shoulders up to meet the chin).
As a therapist and following SFMA protocol, if there is pain, I’m supposed to tell you to see a neck specialist.  But as a human, I know that if you WERE going to spend the time and money on medical care, you would have already done so.
If you had any issues with performing any of the patterns above, try the following: 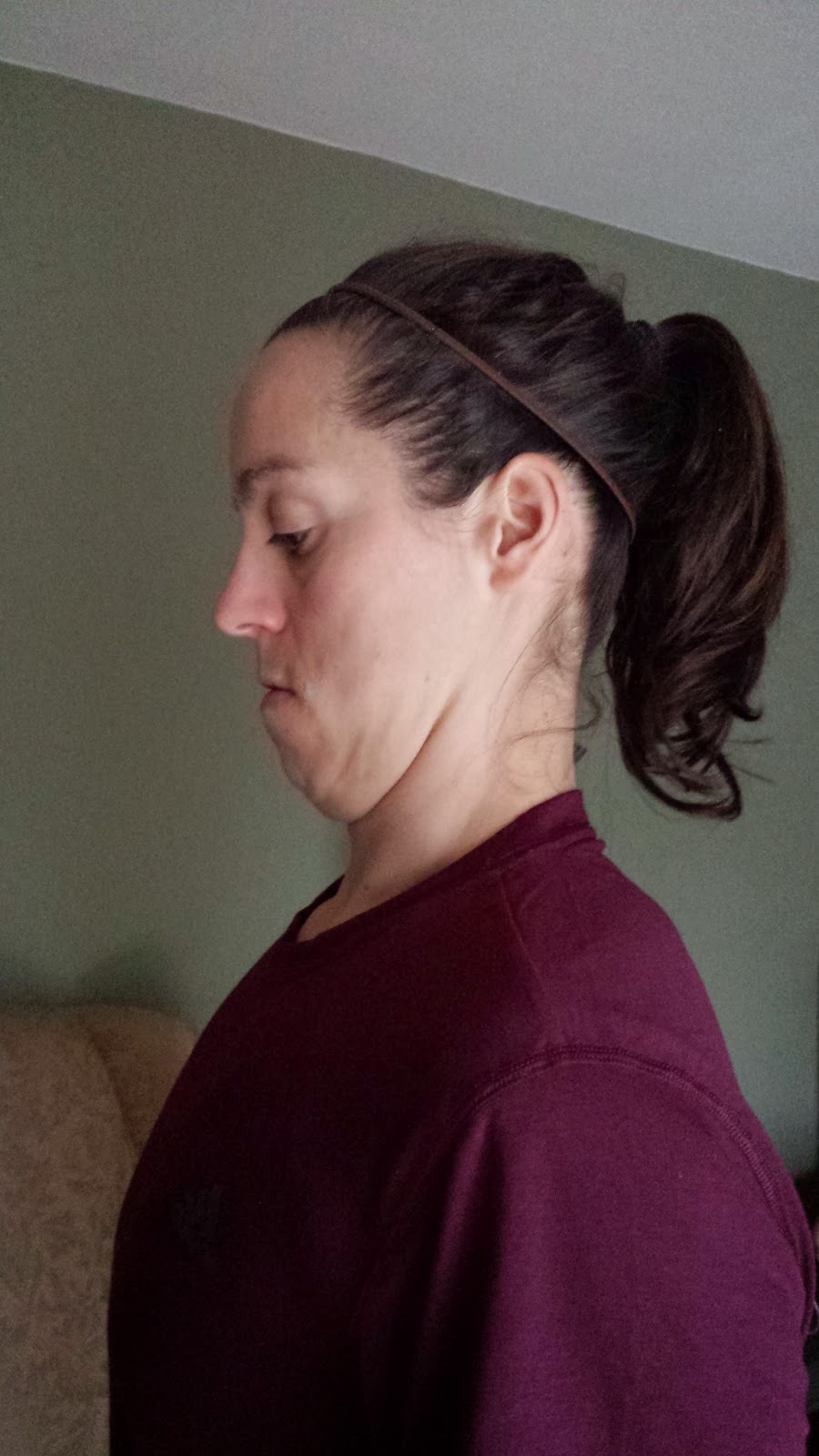 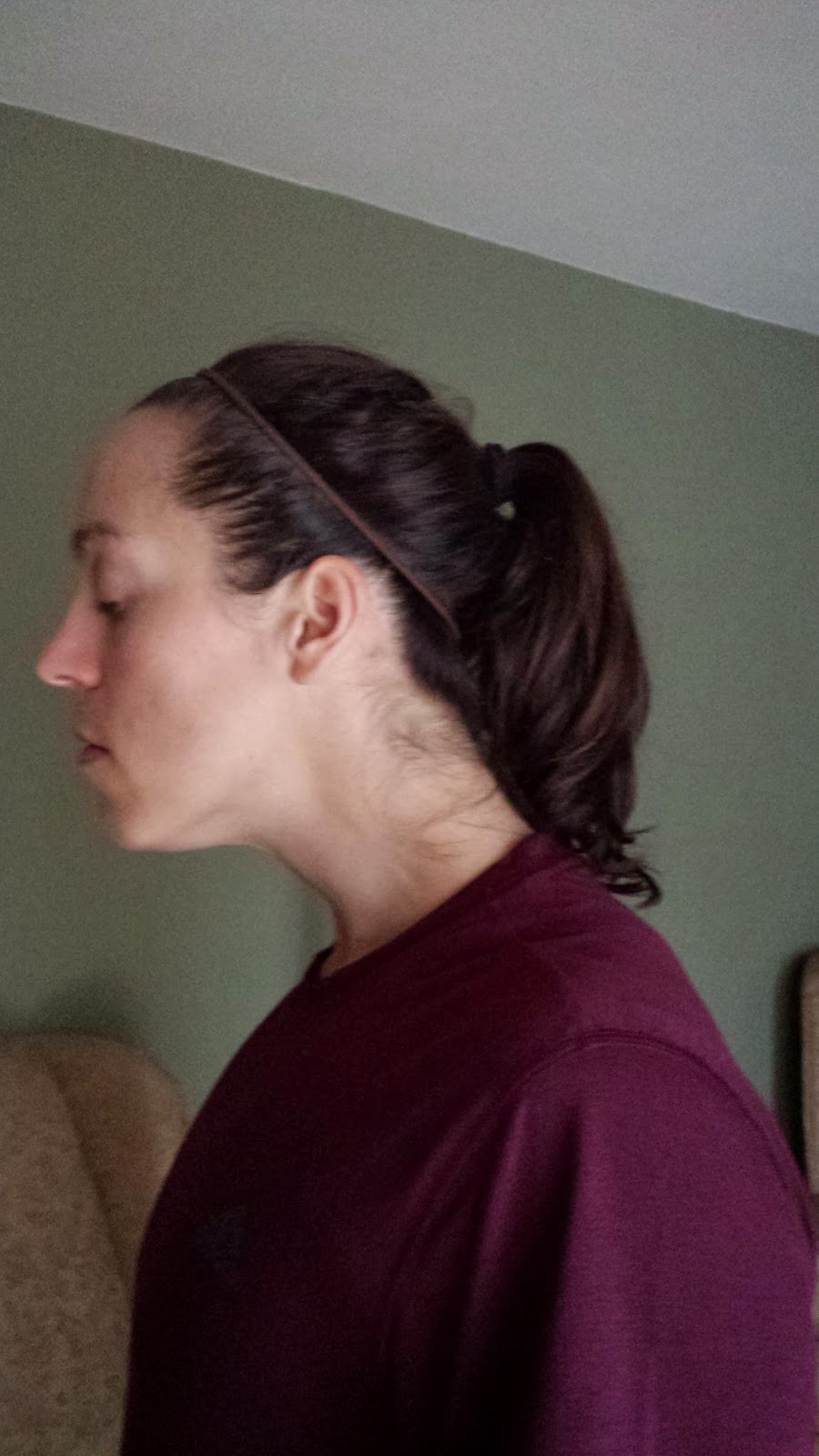 You can focus on one side of the neck by performing this with a slight cocking of your head to the side (ear to shoulder). 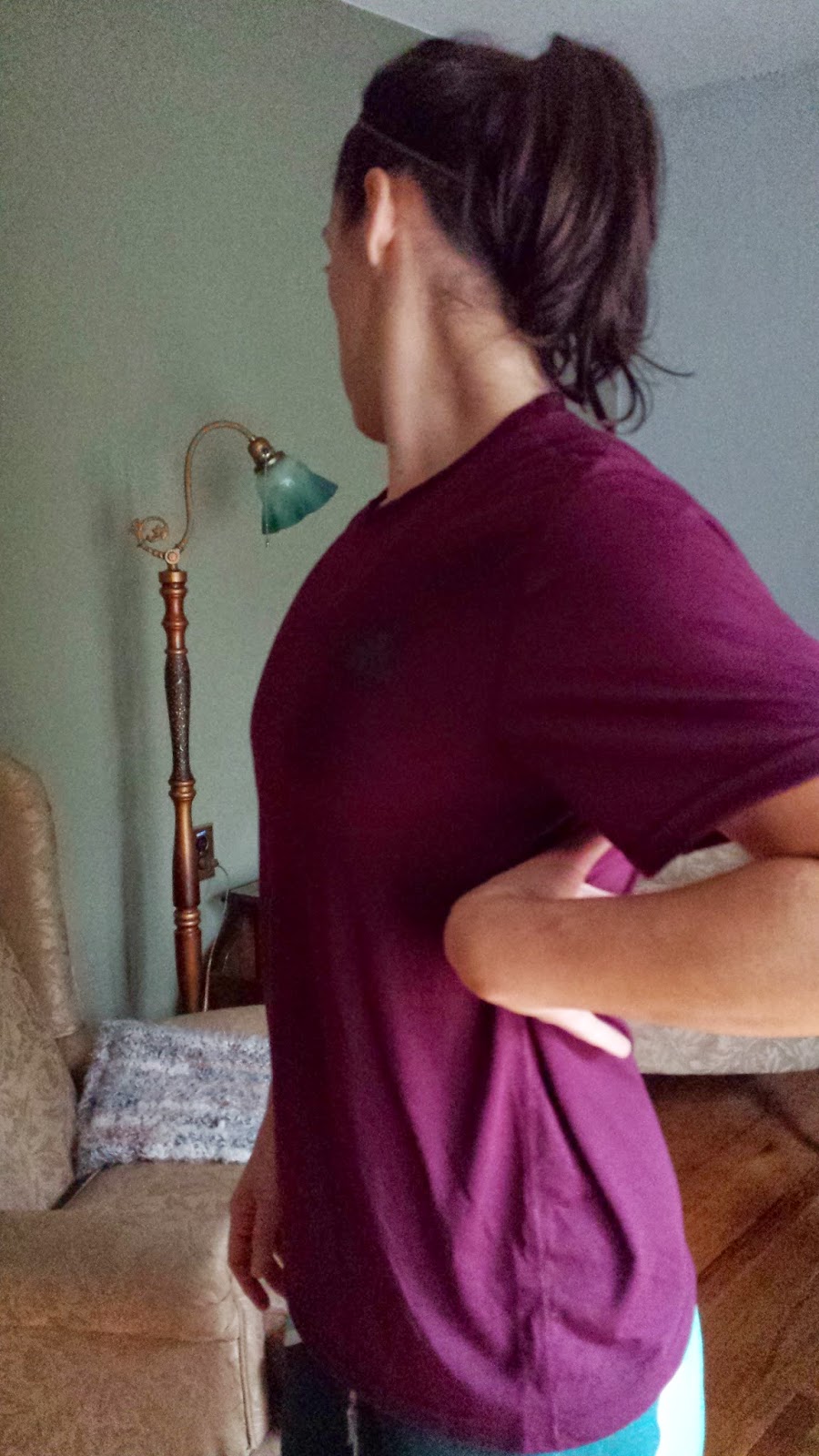 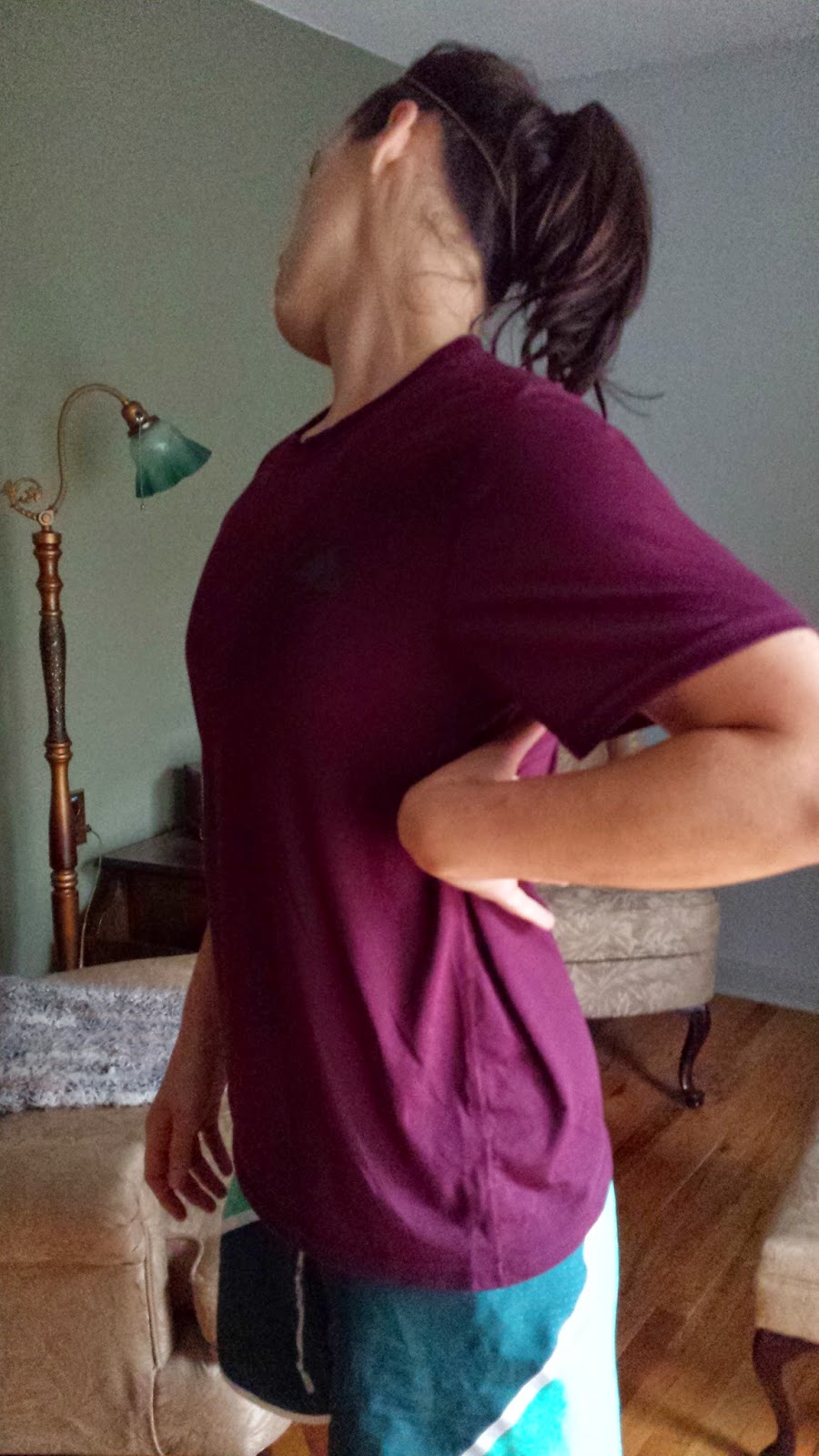 Place back of hand on ribcage of the side of neck you want to stretch and rotate head away.  Drop opposite ear towards back of far shoulder.  You can see the thin scalene pop up from the base of my ear down in the picture on the right.  The two big guys seen in both pics are the trapezius and sternocleidomastoid.  Wrist flexion flosses the c6 nerve innervation.

3.  Extension when hanging passively from a bar (shoulders up toward ears)

5.  Driving flexion from extenders
Our tight, on-and-working-all-the-time back of neck needs to be reminded what ‘off’ is.  By dropping head back, forcing minute further extension, and then using those same extenders to drop the chin to chest, you get the muscles to do MORE than they’re used to.  This extra signals a ‘new’ contraction which then relaxes.