The pelvis is important.  Any tilts or rotations can lead to imbalances and dysfunction.  The differences between anterior and posterior pelvic tilt are illustrated in the following visual:

Anterior pelvic tilt causes a slew of issues, including, but not limited to: 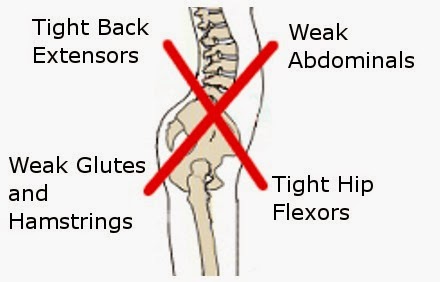 photo credit: exercise-guide-to-lose-weight.com
That large low back curve popping the butt out is anterior pelvic tilt.

To get out of anterior tilt, you have to first be able to posteriorly tilt the pelvis.  Start the reprogramming progress with full ground support and the aid of gravity — lying on your back.

If you can’t go from ‘a’ to ‘b’ without using your feet, upper back, or lifting your butt, prop your feet up to encourage that lower back pressing into the floor. 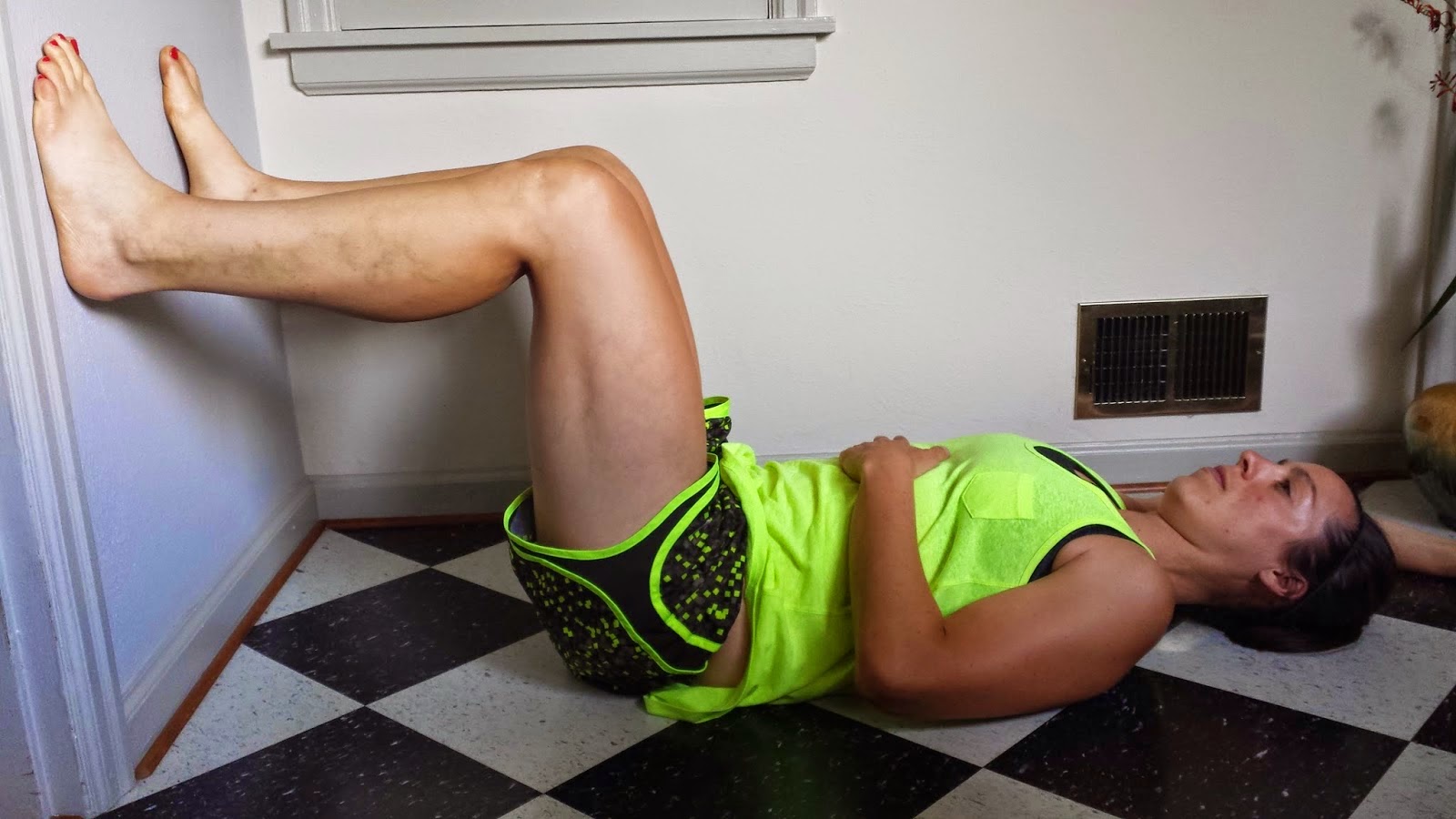 Hold and breathe.
If you need further assistance, set your heels on a chair so you can ‘dig in’ and get the low back flush against the ground.
Watch the shorts waistband.  Hold flat back position for five belly breaths.
Ideally, the knees would be straight up from the hips (closer to the face) and the ankles would be even with the knees (higher).  The butt and tailbone can be off the ground to force the low back flat.  It is OK to use the aid of chairs or bands or boy positioning because you are learning.  Just be conscious that the right muscles are working.  You must be able to FEEL what the correct position is in order to replicate it on your own.
Many people with low back pain have learned on their own that hugging their knees helps alleviate it.  What you’re doing is posteriorly tilting that pelvis through flexion. 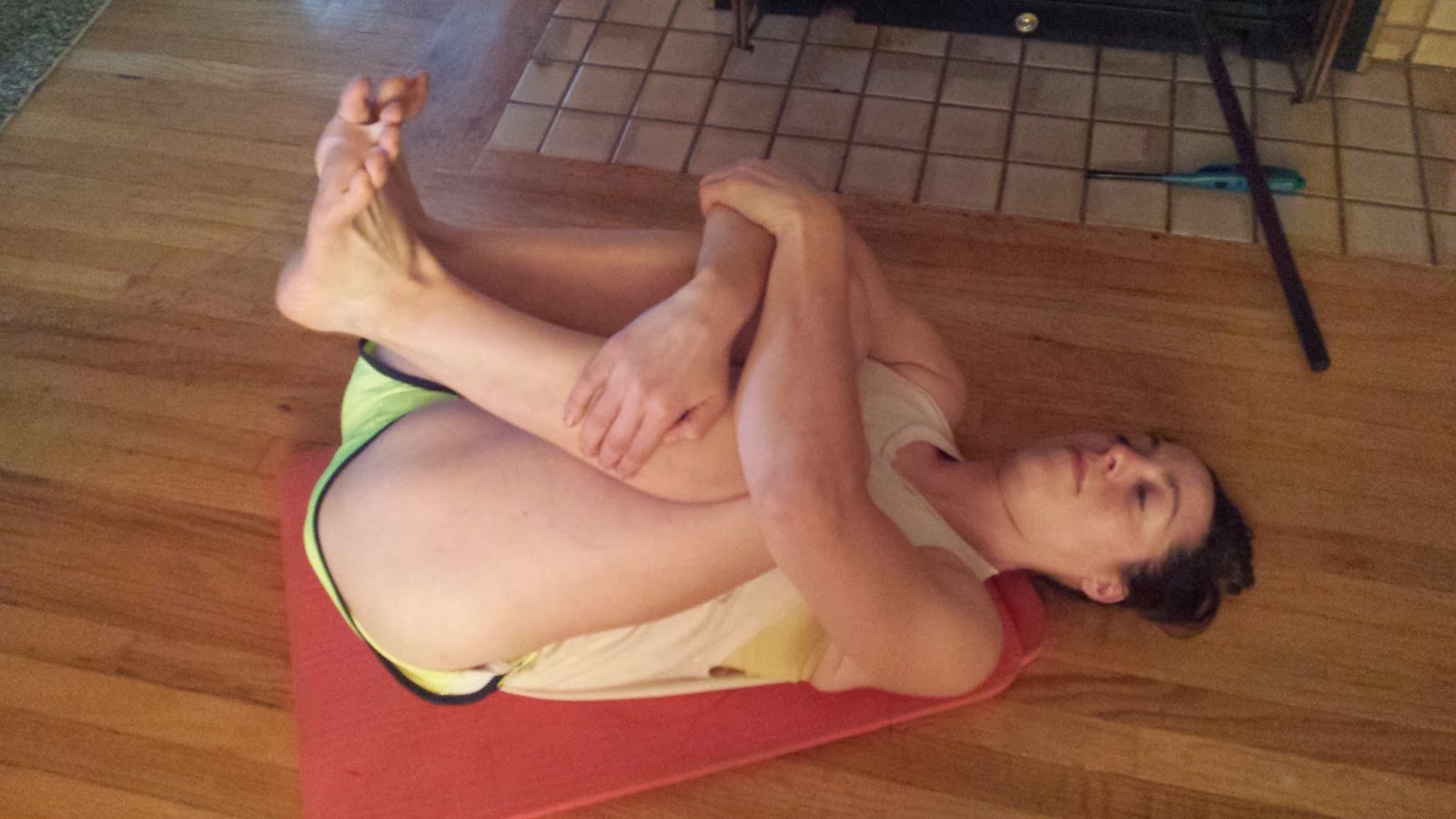 The upright version of this is a squatted tuck.  Sit on something low to the ground and round over. 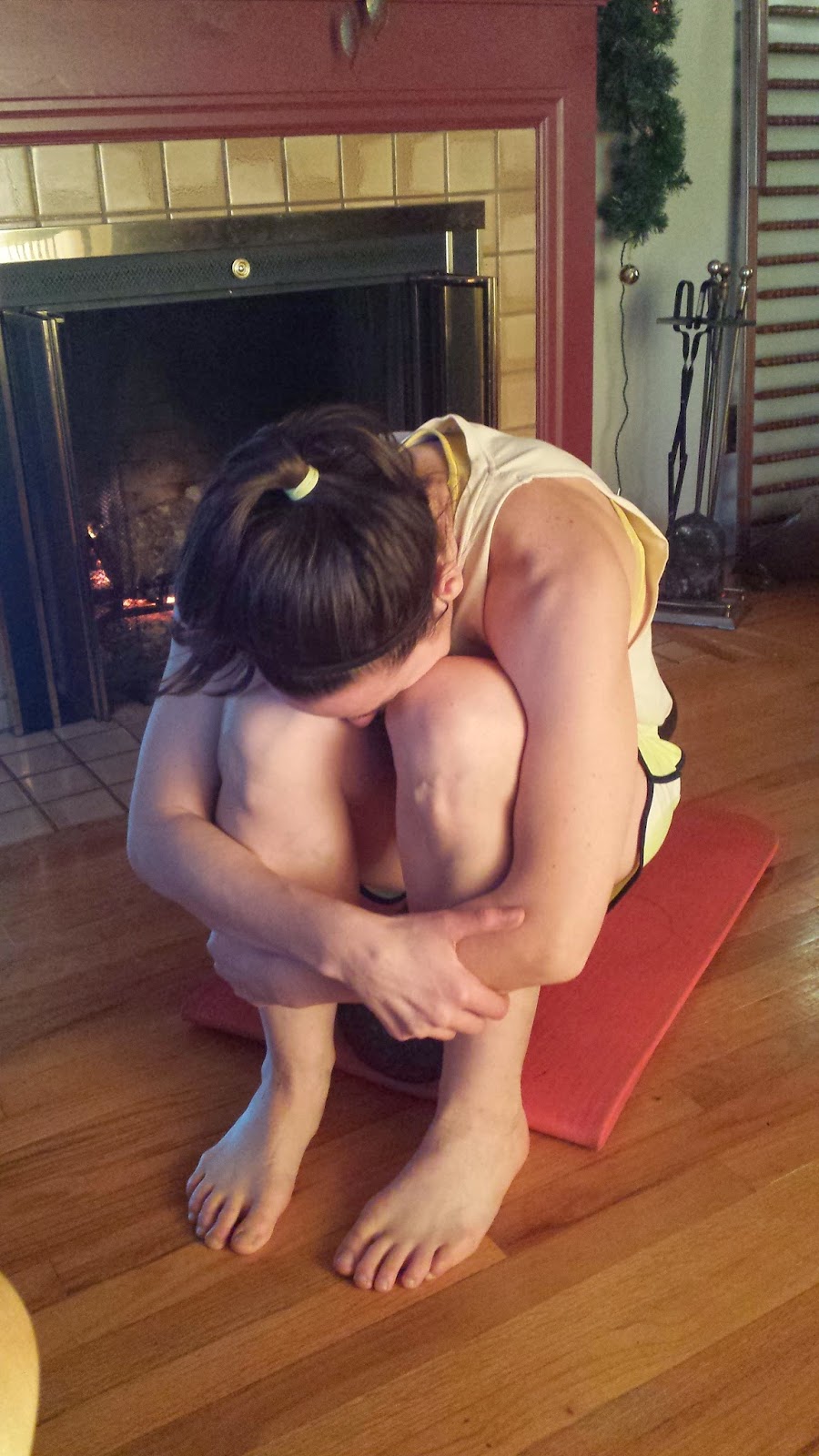 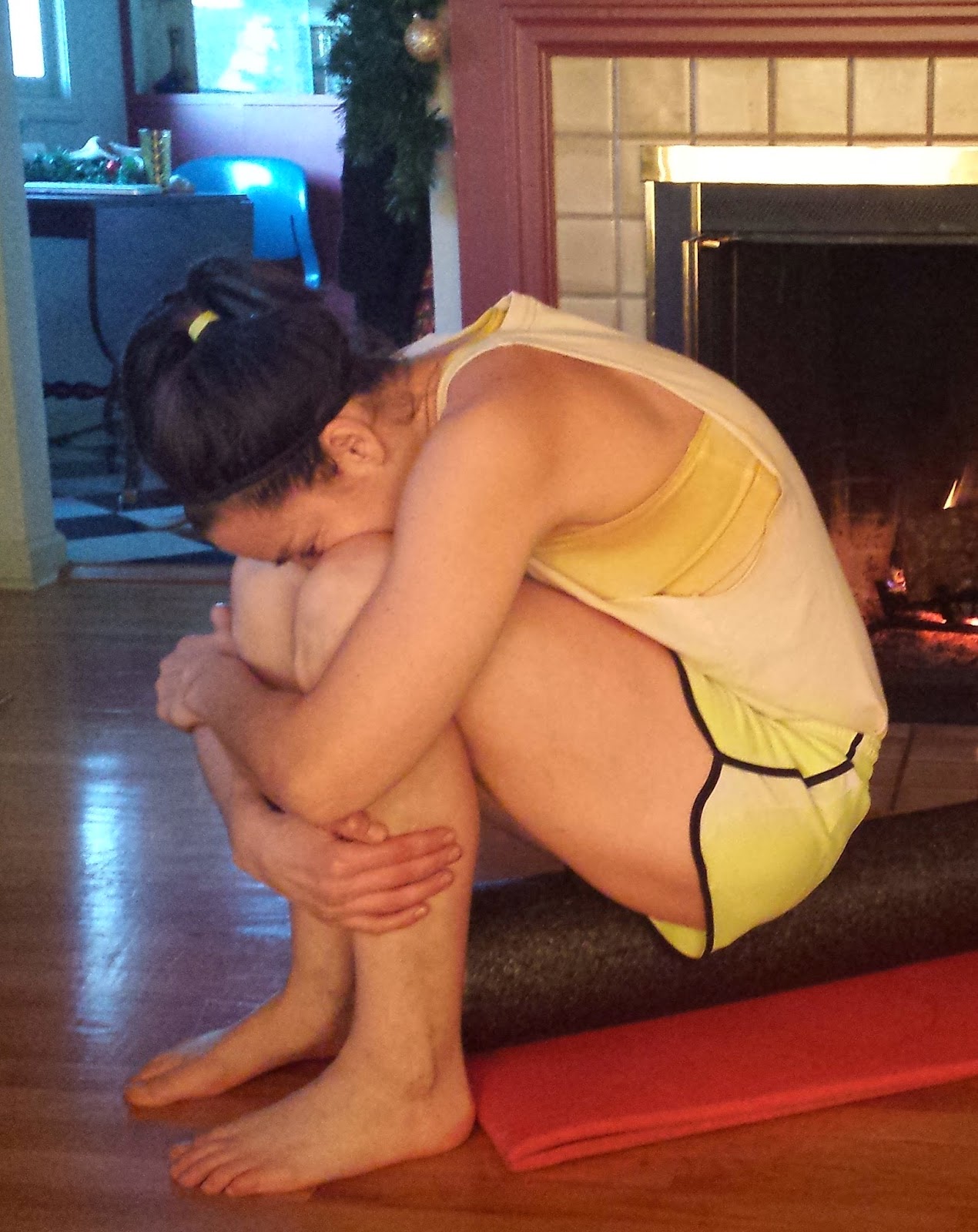 Tucking your head in the seated position does not strain your neck as it would lying down.
Dropping the chin and head encourages full torso and appendage rounding.  The more you can get the body to work as a unit, the easier movements get.
During the first breath I rise and sink back down.  This is what you don’t want to do.
I get big and stay big with the second and third breaths.  The mid-back gets bigger and the tailbone tucks under.  Think about breathing into your curvature and blowing up into a balloon.
The above are static movements.  They are aimed to get and hold posterior tilt from a stationary position.  The following dynamic movements attempt to force the deep abdominals to move the lower limbs.  The posterior tilt curls everything below the hips.

REVERSE CRUNCH
If you feel this in your hip flexors, regress to a start position with your feet on a wall.  Start with the knees slightly closer to your face than your hips.  This flexed start shuts your hip flexors off so you can concentrate on your lower abs driving the movement.  Keep those feet active by keeping the toes up toward your shins.
Make sure you don’t pull on the weight.  It should serve as an anchor, not a counterweight.  If your elbows move or drive up you know you’re using your arms to complete the movement.  Take the arms out of the equation by placing your hands at your sides, palms up.
This last one is my favorite.  You get the elongation of the spine from the hang, PLUS the resistance of gravity on the posterior tilt.  Resist the urge to kick your feet up to get the job done.  The movement is small and precise.  All lower abs.
TO REVIEW: