I always thought my favorite story was a biblical one, but it seems it’s either a Japanese or Chinese folk tale, depending on which search engine you use. (I’m not sure if I trust you Wikipedia, but I’m open to the possibility).

I know it as “the Rockcutter” but it’s official name is the Stonecutter. 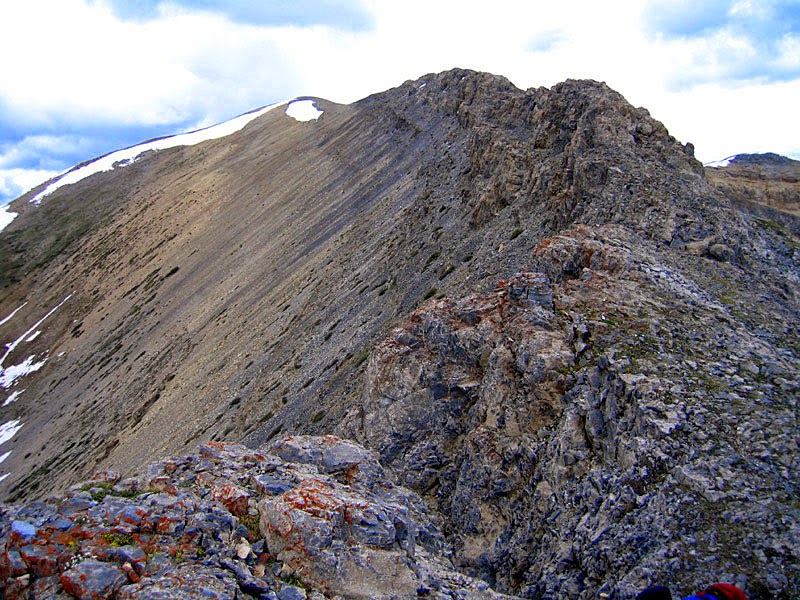 photo credit: summitpost.org
(Note: this is my version of how this story goes).

There once was a man who’s job it was to cut away at a mountain.  He hated this gig.  There was always more mountain, and there was never a sense of satisfaction with what he’d done at the end of the day.  His hands were blistered and the sun was always there to beat down on him, making everything worse.  He shaded his eyes as he looked up at the glow that taunted him.  “Oh, Lord, if I could just be as powerful as that sun up there, how much better my life would be…” The Lord looked upon him as a faithful worker and decided to acquiesce his plea.

The man was transformed into the sun.

He was massive and made of fire.  He looked down at the Earth he once toiled and beamed with all his might, scorching fields and forests.  This was his revenge for being it’s slave for so long.

But then a cloud came along.

He threw heat with all his might, but the cloud stopped everything without effort.   It simply sat there while he worked and worked to break it.

Dismayed at this obstacle, he thought, “My Lord granted my wish once, perhaps he’ll do it again.”

“Lord, I cry out to you.  I thought being the sun would make me the most powerful, but there are these clouds that clearly have much more strength than I.  Please let me know what it is like to be truly omnipotent.  Please allow me to be a cloud.”


The Lord heard the man and made it so.

The man, now the cloud, blanketed around and brought forth rains the like nobody had seen.  He reveled in his might, rumbling thunder and sparking lightning so that those that had not been flooded yet would know what was coming and be afraid.

But then a wind blew that took him off course.

Try as he might to smite it, he was forced to adhere to the wind’s call.

“Can you make me the wind?  So I never have to know what it is to bow to someone?”

The Lord granted it but rolled his eyes.

The man became the wind and tore into the land beneath him, uprooting trees, bringing forth huge waves.  He delighted in tossing the clouds around, creating tornadoes to devastate.  He whipped and screamed, simply casting everything aside that once seemed insurmountable to him.

He looked to the mountain, that place he toiled for so long, and was ecstatic at the thought that he could finally make the giant crumble.  He smiled, took a deep breath, and hurled everything he had at the mound.

But the mountain didn’t budge.

He gritted his teeth and dropped his lower lip.  “Lord….?”


“I will grant your request, but know this is the last time I will help you.”

So the man became the indomitable mountain.  He stood regally, in all his glory, while the earth below was forced to look up at him.

Just as he began to bask in his magnificence, he felt something at his side.

We are exactly who we were meant to be.  We already have everything we seek.  What we do with them or whether we use them or not is another story.
Try and clearly figure out what you will get from accomplishing your goals.
People want more money so they can buy more things.  More things must mean more happiness. But the more you make, the more you spend, so you really just end up with more stuff and perhaps more people around you that like stuff.
People want a six-pack because it shows how fit they are and makes them feel attractive.  But the only thing you’re guaranteed with fat loss is hunger and crankiness.  Is that really what you want?

Perhaps the real question is this: WHAT WILL YOU DO with what you get?
Use that money to get out of debt and stress less?
Give that money to people who need it?
Great.
Use your physique to empower yourself and gain confidence?
Lend your knowledge of diet and exercise to others so they can improve themselves?
Awesome.
What you want should actually be helpful in some way.
Imagine the good and how to share it.