Contrast training is a method of gaining speed and explosiveness.  The technique contrasts a heavy and light load of the same movement.  It’s a play on the physics principle of F=ma. If force = mass times acceleration, and mass decreases, keeping force the same must increase acceleration.

How do we keep force the same?

While the concept of contrast training has been around for a long time, the true value of this idea comes by specifying the range of motion you wish to power through.

Let’s use the deadlift and box jump as an example.

It should be a perfect match, right?

The trouble with using these two movements to get a more explosive jump is that you’re lifting from the floor.

It doesn’t align with your positioning in the jump. 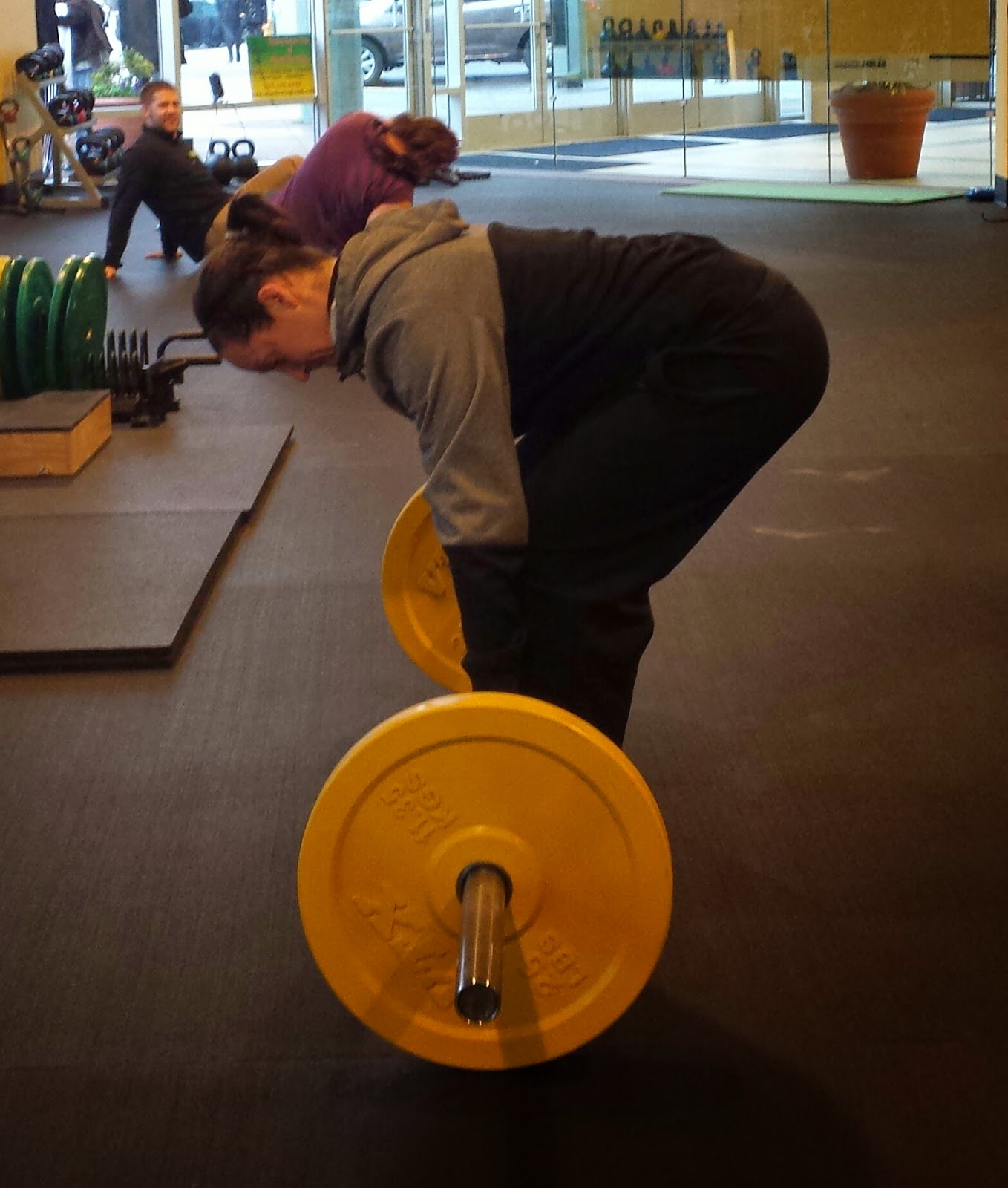 Instead, use a rack pull from your natural jump depth.
In a rack, swing the arms back and prepare for a jump.
Note the positioning of your hands. Set the bar there.

The difference is profound.  In contrasting usable ranges of motion instead of lifts, you specify the input to create a desired output.  Results come faster and easier when you apply training principles in a definitive way.