The hip tightness that plagues all of the human movement goes well beyond the flexors. The rotators deserve just as much credit for impeding butt-to-ground closeness in squats and lunges.

Of all the muscles listed below, only the glute med, glute min, and TFL (tensor fascia late) function as internal rotators. The glutes extend while the TFL (tight side of thigh IT band, anyone?) flexes the hip.  Things that flex are used much more than things that extent.  More use means more tension.  Many of the external rotators are also flexors, which is why external rotation is typically much easier than internal rotation. 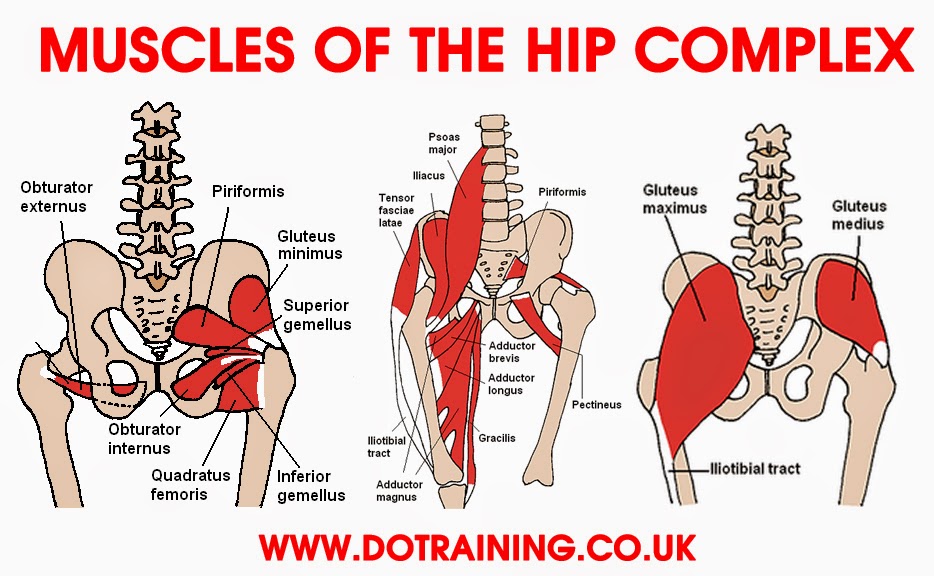 Since our bodies tend to live inflection, trying internal rotation with flexed hips is the most forgiving place to start. Lying on your back with your feet up on a wall lets gravity work with you.  Make sure the knee moves, not just the foot.
Single leg internal rotation on wall:
You should feel the oblique of the lead leg light up as you force rotation.  You can’t ask the hips to hold you up and be mobile enough to rotate.
If you don’t feel your core engage when practicing hip rotations, you’ll be fighting a losing battle.
Seated versions lead to the ability to get into the 90/90 and all its transitions and variations.
The feet are separated a bit to mimic squat position, using the most advantageous hip angle.  Drive the calves down against the ground for your abs to reflexively hold you up.
Notice how the shoulders slightly rotate against the foot and knee turn.
There is a corkscrew motion being exhibited by the torso.
Seated Double leg V-rotations:
This straight legged-version of the bent-knee 90/90 leads one leg into extension.  Standing versions also start inflection and internally rotate into extension.
Hip extension and internal rotation:
The ingenious double whammy by Dr. Andre Spina
The standing leg is deliberately almost hyperextended.  When the foot is on the ground, a flexed knee feeds into knee rotation.  This is a hip rotation drill.  Make it harder for the other joints to help.

Turning the body halfway makes the movement a bit more manageable for newer trainees.  Holding the torso turn at 90 degrees is typically more than enough to feel the control of additional internal rotation.

Again, driving DOWN against the table or box is paramount to unlocking the hips.
This can lead to all sorts of fun play, such as isometric, wall press lateral lunges: