When performing quad cat-cows, most people initially have trouble disassociating the mid back from the pelvis.  What they think is a pelvic tilt is actually just a huge arching of the thoracic spine.

If you’re used to holding your pelvis steady in a certain type of tilt, you’re not going to know what it feels like to actively position it otherwise.  On the other hand, if you’re used to moving your thoracic spine all around, you’ll be able to quickly drive that movement, feel, and recognize that something is different there.

One way to practice deliberate “spinal separation” is to segmentally position it in three distinct phases: Head/ cervical spine, Thoracic/Mid-back, and Pelvis.

Flexion.  (Scared Cat)
(Shout out to Dewey Nielsen for posting this a while ago.
If I knew how to link to his instagram, I would.)
Extension.  (Happy Cow).
This was MUCH harder for me to perform
Shoulder blade sinking is not the same as thoracic extension.
For those who’ve never practiced segmenting the head and pelvis from the spine, you first have to get them in end positions.  Usually they’re Ok with extension, because they’re used to moving their head and mid back, and are already stuck in anterior tilt.  We always have to work a bit on flexion.  Their head and pelvis move fractionally compared to their t-spine. (see picture 1 above)
Once we can get them into posterior tilt, then we have to see if they can control it disassociated from their ‘dominating’ mid back.  I’ve found good success with asking patients to get into extension, freeze their upper body, and tuck their pelvis into flexion (posterior tilt).  Keeping an agreeable position stable draws focus and awareness to the stubborn position, and asking it to do the opposite highlights the disparity of control.  The area of concern becomes easier to pay attention to by contrast.
Perhaps I’ll call this the cow “tail wag”.
I accidentally came across the same theory for the hanging posterior pelvic tilt.  I was too lazy to reconfigure a rack that was left in high bar position, and when I grabbed the pull up bar I noticed that having the bar across my chest hindered me using my thoracic spine from tucking my pelvis under. 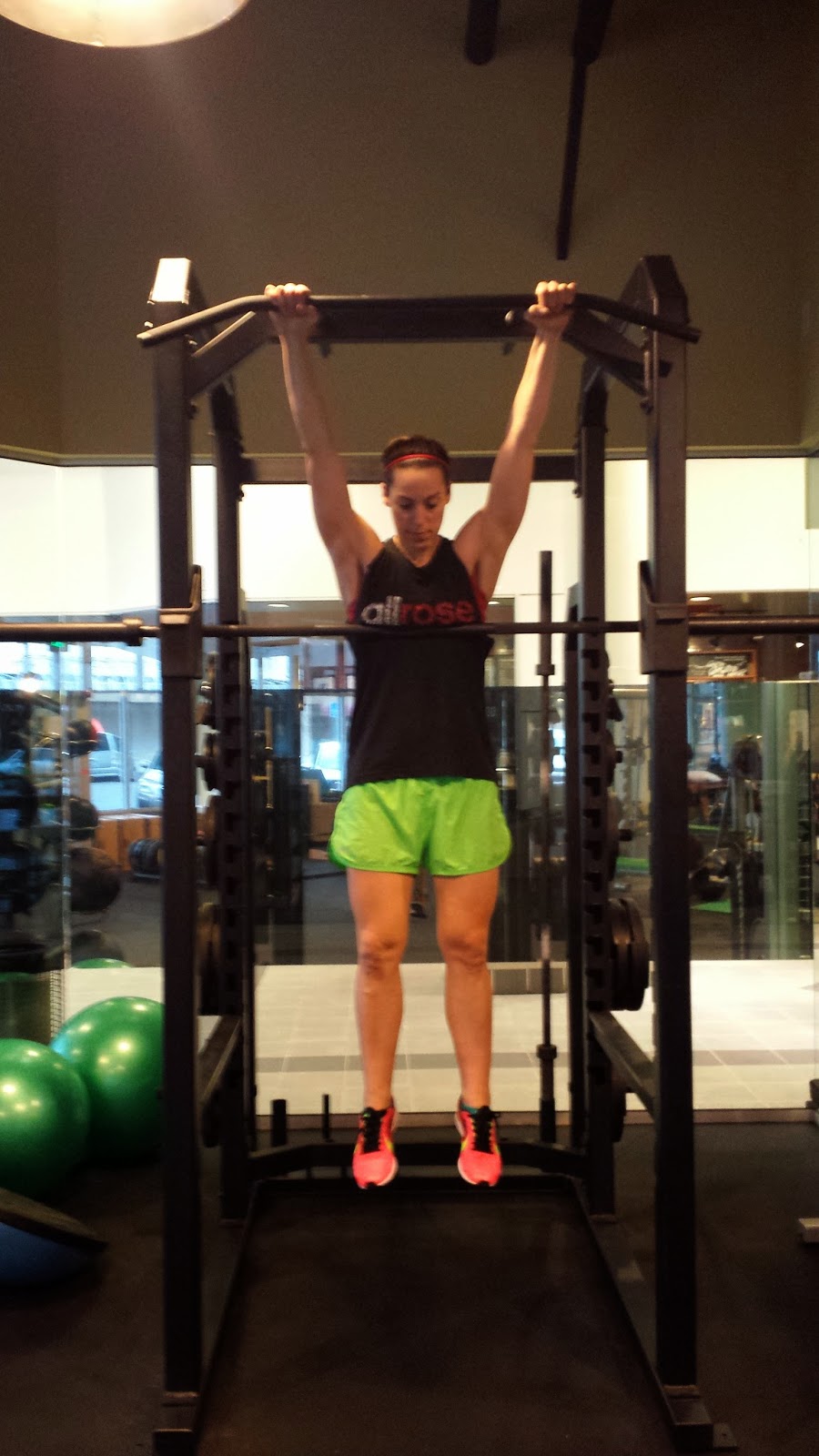 Though the hang position itself minimizes thoracic flexion, having the bar block the forward motion of my torso accentuated the feelings of those deep stomach muscles curling my tailbone beneath me.

Note that the hands are IN FRONT of the head, not directly above.
That forward torso angle makes posteriorly tilting the pelvis more defined by comparison.